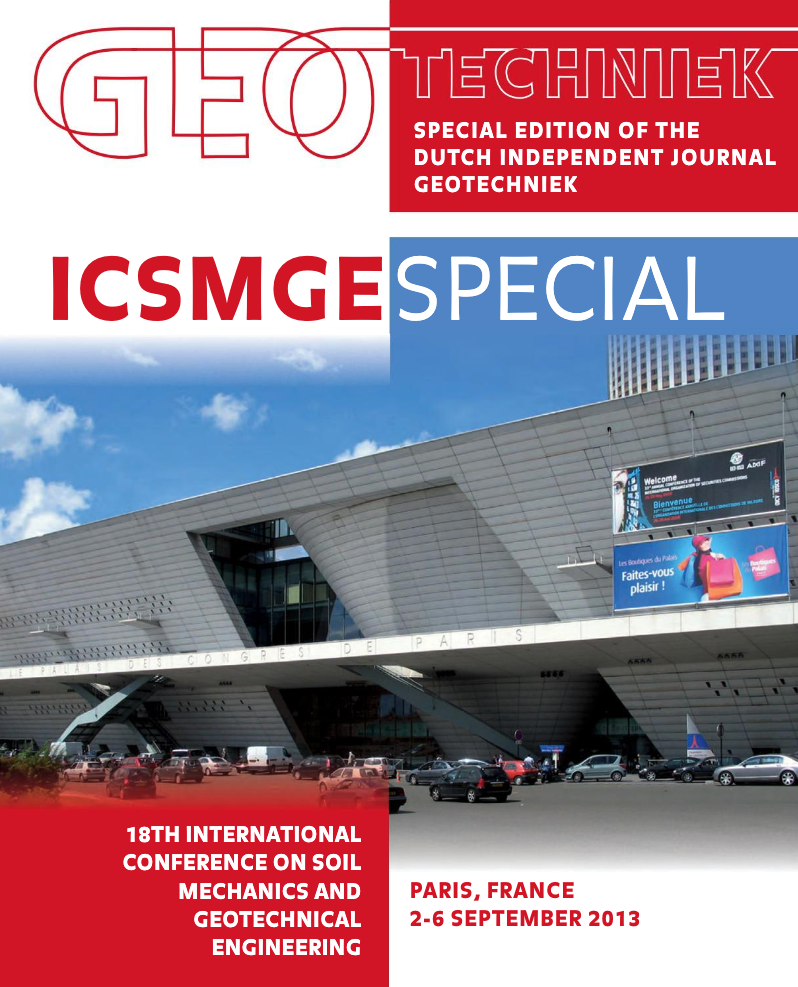 In The Hague the famous museum Mauritshuis is undergoing an extension of “only” 10 x 15 m2. The

collection of the museum consists of masterpaintings from mainly The Golden Age of the Netherlands in the 17th century, originally collected by the former stadthouder Prince William V of

Oranje Naussau. The location of the building is in the centre of The Hague next to the houses of

parliament and the office (‘The Little Tower’) of the prime-minister. So any disturbance of this

Geotechnical the situation can be described as fine sands except for a thin peat layer at minus 16 m. All buildings have foundation slabs and thus have no pile-foundations. Like in most places in the Netherlands groundwater level is nearly the surface level.

The measures taken on the A73/A74 demonstrate convincingly the use of innovative construction methods even with complex civil engineering structures.

As a result of positive experiences gained world-wide with the Muralex® GRE system, it can be expected that this cost-efficient construction method, which also produces aesthetically pleasing designs, will gain greater acceptance.

Several analytical models are available for describing arching in basal reinforced piled embankments. Between them are limit state equilibrium models. Two of them are frequently applied in Europe. One of them is the model of Zaeske (2001). The other model is the model of Hewlett and Randolph (1988). This paper considers these two models along with a new model: the Concentric Arches Model

(Van Eekelen et al. 2013b). This model is an extension of the first two models.

with numerical calculations and field measurements.

Three large scale field tests on dikes have been carried out at the IJkdijk test site in the Netherlands. Two tests involved piping, micro-instability of the sand core and erosion from overtopping. Both dikes failed on micro-instability. The third test involved slope stability with a deep sliding plane. The failure process of this dike is analysed in some detail. All tests were done to validate monitoring systems and dike safety information systems. Several systems performed well.

The Dutch company MI-Partners and the Technical University of Delft are two partners in the European Consortium NeTTUN. This consortium consisting of 21 partners has the goal to significantly improve tunnel boring. MI-Partners and the TU Delft will develop a system that generates a map of the soil in front of the boring head.

Using this map the tunnel boring process can be made more robust and safer.

The behaviour of unbound base courses is improved by the use of geogrids. The latest results

from large-scale testing carried out by e.g. Cuelho & Perkins (2009) show the effects of different

geogrid products as well as performance-related tests by e.g. Christopher et al. (2008). Some

products provide characteristics for an ideal support of a ductile behaviour of unbound granular layers and reduced rutting.

Because of accessibility of the Amsterdam City Center, the city counsel decided for building a

metro-line from the North to the South of Amsterdam.

The line gets 8 stations and has a length of 9,7 kilometers. It is expected the North-South line is

VSF performed on the route of the line some special technics.